Having successfully completed his march to the sea by capturing Savannah in December of 1864, Union Major General William Tecumseh Sherman planned his invasion of South Carolina.  His target was Columbia, the state capital where the secession movement began and considered by Sherman’s generals to be a richer prize and more important capture than any city in the South.  On January 30, 1865, Sherman’s 65,000-man army launched the invasion moving 10 to 12 miles a day, burning a swath 60 miles wide in grim determination readily viewed as retribution.  An abundance of alcohol greeted the Union army as it entered Columbia on February 17, 1865.  Vengeful attitude fueled by drunkenness culminated in the looting and burning of the city—an act described by a Union war correspondent as “the most monstrous barbarity of the barbarous march.”

Re-trace Sherman’s path into Columbia, stand where he stood, walk the same streets, see the preserved ruins and visit the structures spared a fiery death.

“The truth is, the whole army is burning with an insatiable desire to wreak vengeance upon South Carolina.  I almost tremble at her fate, but feel that she deserves all that seems in store for her.”  William Tecumseh Sherman 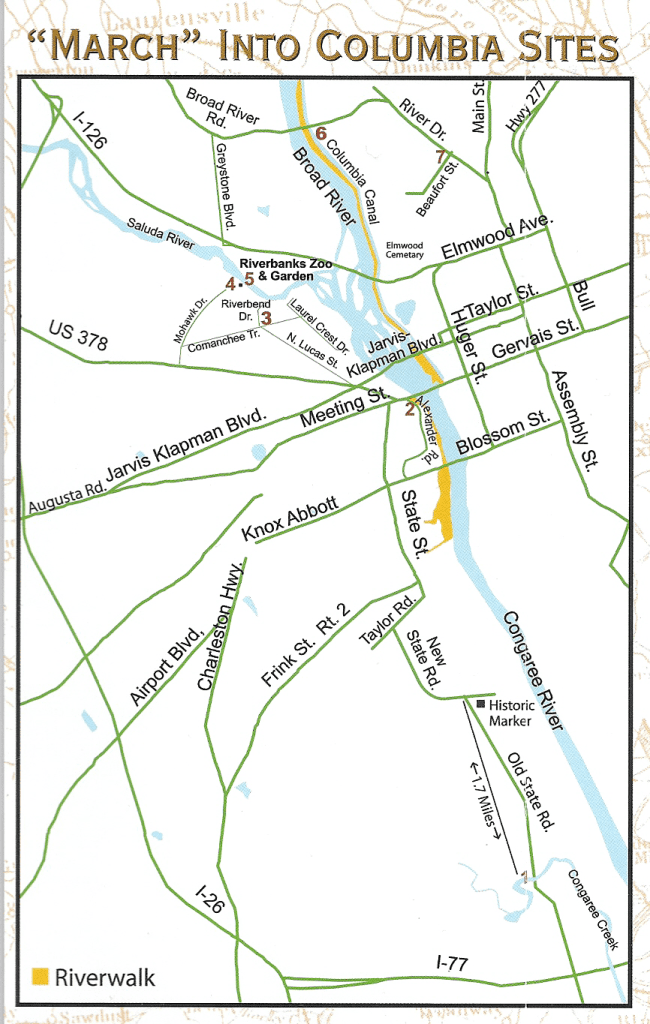